Next to having a Master’s degree in Philosophy, Peter Decuypere is also the founding father of the well-known I Love Techno, festival in Ghent and Montpellier and the techno club Fuse in Brussels. He has now sold his event company to concentrate fully on writing books, consultancy and delivering keynote speeches. 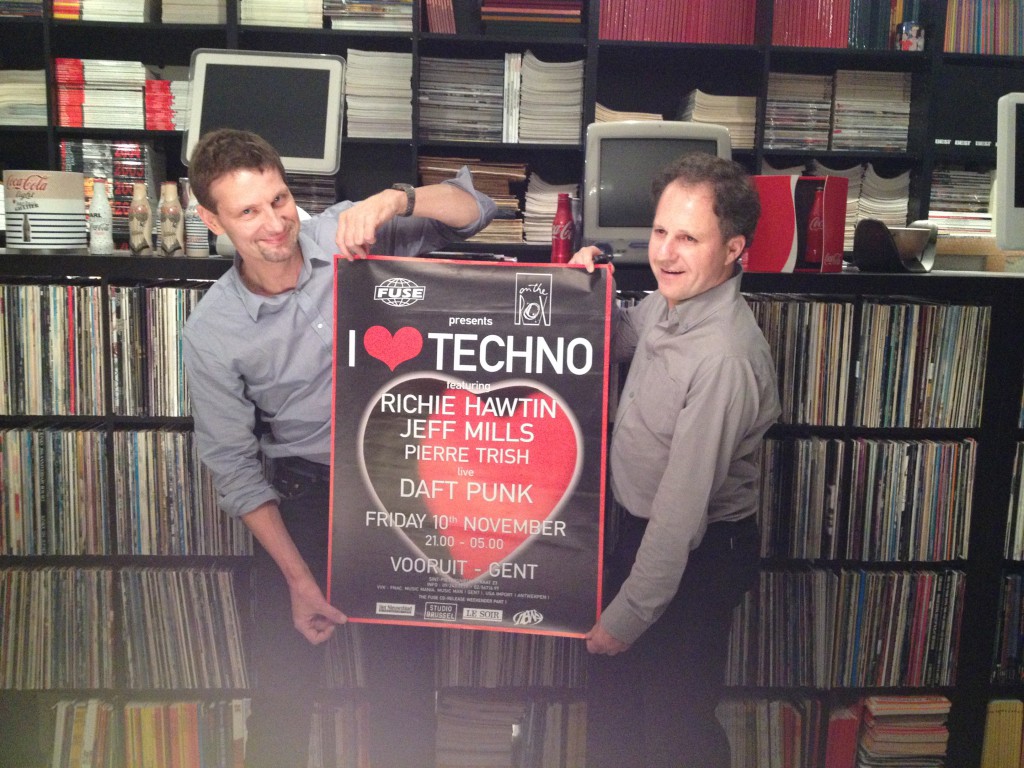 Peter Decuypere with business partner Kris Verleyen, proudly holding the very first I love techno poster (1995), with Daft Punk, a completely unknown act from France back in those days 🙂

Author of We love Events

2015 proved to be an incredible year for Peter Decuypere.  He published his  bestselling book ‘ ‘We love Events’   (unfortunately for the time being only in Dutch), much acclaimed by both event managers and event marketeers. There are plans to translate this book into English, although it’s also possible that Peter will write a pure marketing book later on in 2016, which will be directly available in English.

The We love Events keynotes started as mere promotion for his book, but in no time they became stand-alone performances, attracting more and more people. In 2015 Peter took to the stage for more than 30 times. Highlights include his performance at the Amsterdam Dance Event and at the international renowned marketing conference  STIMA in Ghent.  Peter Decuypere has the gift of merging entertainment and information into an exciting and entertaining keynote speech.

More info on the keynotes of Peter 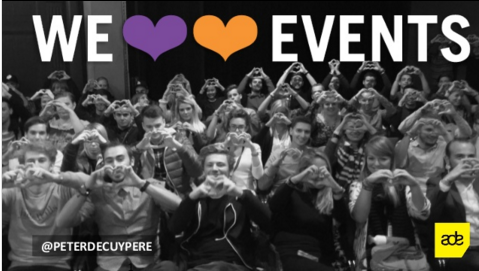 Eventmanager, marketeer, philosopher, keynote speaker and author.  Peter Decuypere is a man of many talents, who loves events and is eager to spread (t)his love!

Peter Decuypere makes the double heart sign, After his keynote you will also know why!

Any cookies that may not be particularly necessary for the website to function and is used specifically to collect user personal data via analytics, ads, other embedded contents are termed as non-necessary cookies. It is mandatory to procure user consent prior to running these cookies on your website.