Trending
You are at:Home»nieuws»Berghain is Bowie on Diamond Dogs
By peterdecuypere on 11 February 2016 nieuws

I confess: I was a Berghain virgin. I had never visited the Berlin club that has already been there for over 10 years. That was, until Sunday morning 7 February 2016, when I ascended that immense steal staircase of that massive concrete building to enter a club unlike any I had ever experienced before. I stayed there from 11am Sunday morning to 1am Monday night. The 14 hours I was there felt like coming home to a club I had been looking for my entire life but didn’t even know existed. How can one describe Berghain? At first I thought it would be impossible to put into words, because it touched me too deeply, even on an existential level. Finally, words did start coming to mind, right through the wonderful techno of Russel, Konstantin and Funktion, between the pounding beats that were pouring out of that incredible funktion one sound system, right amidst these beautiful dancing freaks that were sometimes half man, half woman. There was the one thought that made it possible for me to fathom Berghain: Berghain is Bowie on Diamond Dogs. How incredibly at home would Bowie have felt in this bewildering club. I had to think of the Diamond Dogs album cover on which you can see Bowie depicted as a half man/half dog lying down next to some half women/half dogs. And I also thought of that one song, with that divine guitar riff that just keeps that song’s groove going. Rebel Rebel is that song, in which Bowie, the half dog/ half god, glorifies the unadjusted:

Hey babe, your hair’s alright
Hey babe, let’s go out tonight
You like me, and I like it all
We like dancing and we look divine
You love bands when they’re playing hard
You want more and you want it fast
They put you down, they say I’m wrong
You tacky thing, you put them on

That is Berghain. Where everyone: beautiful, ugly, small, big, tiny, tall, thin, feels at home and is unconditionally accepted. I once wrote a blog post after the ‘Felix the Housecat – access denied – story’, in which I was really negative about the club’s door policy. I understand now more than ever that I was completely wrong. The selection that happens at the doors makes that people who are considered freaks in the ‘real’ world, can finally be themselves inside this club, undisturbed and no strings attached. Tourists with ‘Berghain on XTC’ on their bucket lists who have somehow managed to make it through the ruthless selection, are easy to pick out. They talk to you in search of XTC, or stare at people open-mouthed as if they were in a zoo. They do not dance, they do not have fun, they only flip out because of what they see and wish for the nightmare to be over so they can go back home and report.

Report on the outrageousness of these people, on how unadjusted they are, on how different they are. In the club, these bucket list tourists probably feel pretty Unheimlich, or ‘not-at-home’, as the German philosopher Heidegger so prettily put it.

Berghain is the place where Bowie would definitely not have felt Unheimlich, and nor would Lou Reed or any of his walk on the wild side freaks: Holy, Candy, Little Joe and Sugar Plum and Jackie, along with Ziggy Stardust and Jean Genie and that Rebel with his or her messy face, all of them are there with the same feeling of being happily at home. Maybe Thom Yorke of Radiohead would be there too. In his search, he would feel perfectly happy in Berghain when you hear him sing about his normal life.

But I’m a creep
I’m a weirdo
What the hell am I doing here?
I don’t belong here
(Radiohead, Creep)

Welcome weirdo creep. And Rammstein would feel right at ease too, together with Antony Hegarty with or without his Johnsons, and Amanda Lear, and Boy George, and Andy Warhol, and Sid Vicious with his Nancy Spungen, and of course Ian Curtis. At home in Berghain, in Berlin, not feeling like a creep or a freak for a while, not being stared at by other people.

There’s not much more that I can say about this club really, apart from the fact that the no picture policy is a great plus. At last, people weren’t staring at the lit devices in their hands, hastily avoiding each form of eye contact, but they were actually looking at each other. You could start a conversation with a complete stranger and friendly complete strangers started conversations with you. You couldn’t see any smartphones, and that was bewilderingly liberating. And as a ‘freak’ you knew you wouldn’t be made a laughing stock on 100 facebook pages the next day.

And don’t I have to talk about drugs? Well, they were there too. Et alors? We all know Major Tom’s a junkie, but apart from the ever chewing, open-mouthed tourists that give themselves away, you don’t see anybody crossing lines. Berghain is a place where thousands of creative people come together, and where countercultures and subcultures can develop. Where tomorrow’s Bowies, Reeds and Andy Warhols dwell. And this includes drugs sometimes. It is a club I wish to thank Berlin’s officials for, for allowing such a thing, for creating room for the unusual and going against the ‘mainstream, everyone-the-same culture.’ If just one city here in Belgium had the courage to understand the importance of nourishing a counterculture, we would all feel at home there and be proud of it too.

Am I describing too romantic a view of Berghain and Berlin here? No, certainly not. Because of its openness, Berlin is a relatively dangerous city. Or rather a city where things can go dangerously wrong. A friend, who has been living there for some months now, told me it can be difficult to find ‘steady’ friends, because everybody seems to be on their own search. On the other hand this openness can be really liberating, and Berlin clearly welcomes creativity with open arms and mind. When you have that mindset, when you are open to people who are searching, whether freaks or non-freaks, you will feel at home in Berlin and in Berghain. Besides, I can easily imagine the fact that Berghain’s porters sometimes deny people access unjustly. It’s a shitty job, and they probably think it’s better to refuse one more than one less. And at the end of the day, we all make mistakes…

I’d like to end with the lyrics of two other people I had to think about during my Berghain trip and who I believe would also feel right at home there: Alan Vega and Martin Rev. Two New Yorkers who, with their band Suicide, in 1977, briefly showed how ugliness and distortion can actually be really pretty. A lot prettier than all the smooth music from the 70s-80s-90s-00s-10s that we have long forgotten. It is a message to anyone who is searching, whether it be here, in Berlin, in Berghain or anywhere else in the world: 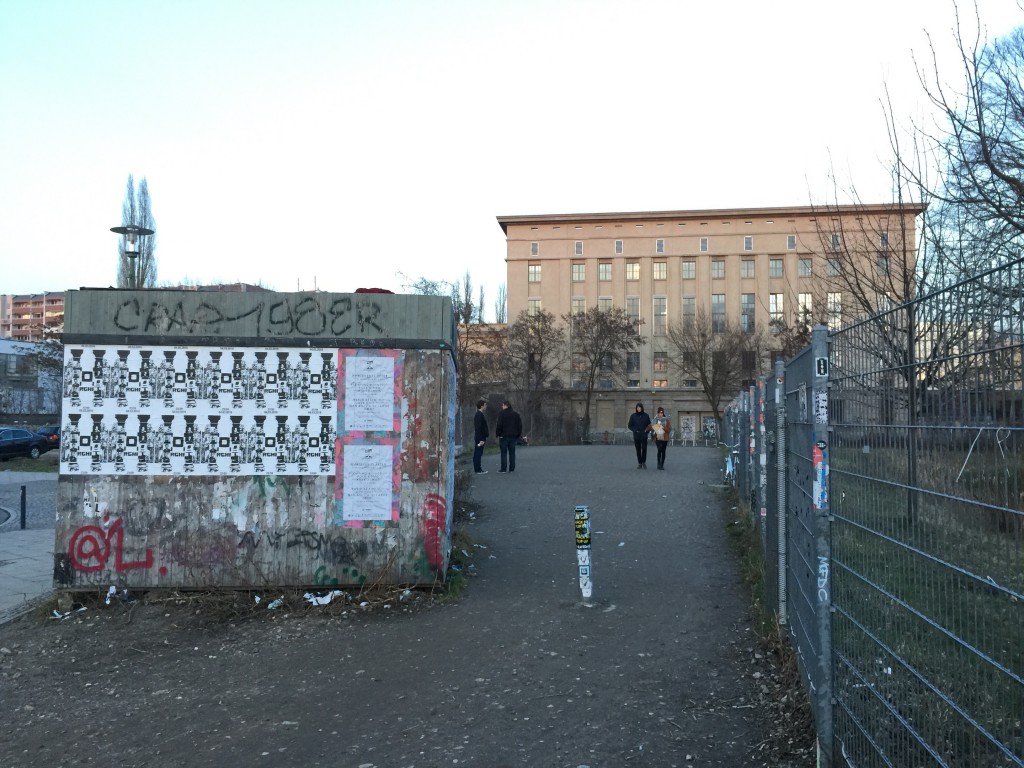 Thank you so much Vince Cornwell for this translation!

Any cookies that may not be particularly necessary for the website to function and is used specifically to collect user personal data via analytics, ads, other embedded contents are termed as non-necessary cookies. It is mandatory to procure user consent prior to running these cookies on your website.